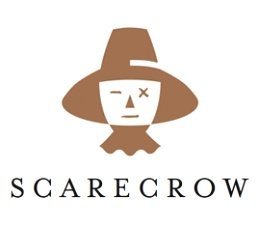 The scarecrow story begins in a patch of earth with a fabled past. The J.J. Cohn Estate, where Scarecrow grapes are born, borders what was once the legendary vineyard of Inglenook winemaker Gustave Niebaum, whose plantings blanketed more than 1,000 acres of the Napa Valley at the close of the 19th century.   John Daniel Jr. took the helm at Inglenook in 1939, determined to restore the label to pre-Prohibition standing and produce world-class Bordeaux-style wines. In 1945, Daniel convinced his neighbor, J.J. Cohn, to plant eighty acres of Cabernet vines on the 180-acre parcel Cohn had purchased a few years prior. The property served as a summer retreat for Cohn’s wife and their family. He had no ambitions to become a winemaker himself, but Daniel promised to buy his grapes, so Cohn planted vines. The rest, as they say, is history.

J.J. Cohn fruit figured prominently in Inglenook’s superlative Cabernet Sauvignons of the post-war era, and has more recently gone into wines of such renown as Opus One, Niebaum-Coppola, Duckhorn, Insignia and Etude.   J.J. Cohn Estate grapes are highly sought-after in part because Cohn bucked the trend, begun in the mid- 1960s, of replacing vines planted on St. George rootstock with the supposedly superior AxR#I hybrid. Over time, vines grafted onto this new stock proved highly vulnerable to phylloxera. But by then, virtually all of the old St. George vines in Napa had been destroyed. Only the original 1945 J.J. 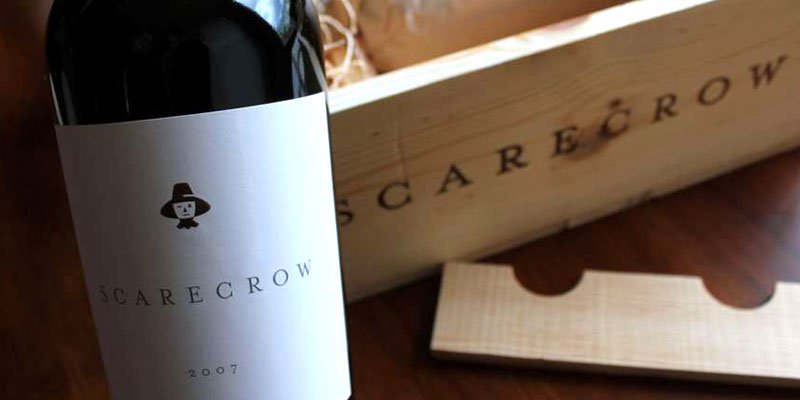 Please call the restaurant (310-390-1500)  or send an email to rustickitchenwla@gmail.com to confirm availability and arrange for purchase.  Local purchase only.  pick up or delivery in the SoCal region available.

Notes from Robert Parker’s Wine Advocate – The classic 2012 Cabernet Sauvignon included fruit from the 2-acre, old vine parcel that is nearly 70 years of age. It boasts an opaque purple color as well as copious notes of spring flowers, blackberries, black raspberries and wet rocks. The wine’s gravelly minerality and spectacular opulence and density make it an instant classic. This massive, full-bodied 2012 should drink beautifully for 15-20+ years. It showed incredibly well last year, and it still reveals the potential to possibly merit a 3-digit score – it’s that special.  98 points

Notes from Robert Parker’s Wine Advocate – The prodigious 2013 Cabernet Sauvignon Estate is 100% Cabernet Sauvignon, including fruit from some of the oldest Cabernet vines still in existence in Napa. This full-bodied classic displays notes of forest floor, earth, crème de cassis, blackberry liqueur, licorice and some pen ink. It is dense, full-bodied, prodigiously rich, massive in intensity, yet relatively light on its feet. This great ballerina of a wine has extraordinary ripeness but pulls back from the edge before going over the top. There are 1,000 cases of this classic, which should age effortlessly for 30+ years.  100 Points

100 points Robert Parker’s Wine Advocate  – The utterly perfect 2014 Scarecrow Cabernet Sauvignon (1,500 cases) has everything one could possibly want in a Cabernet. Inky purple-colored to the rim, with a glorious nose of white flowers, crème de cassis, hints of blackberry and boysenberry, some licorice and forest floor are followed by an enormously concentrated wine with fabulous purity, a skyscraper-like mid-palate and texture, a length of nearly a minute, and stunning flavors, with flawless integration of acidity, tannin, wood and alcohol. This is a great, great wine and certainly one of the Cabernet Sauvignons of this vintage. Drink it over the next 25-30 or more years.

99 points Robert Parker’s Wine Advocate  – Produced from 100% Cabernet Sauvignon, the 2015 Cabernet Sauvignon leaps from the glass with gorgeous floral notes of red roses and lilacs over a core of black and red cherries, crushed black currants and baking spices plus hints of iron ore and dusty earth. The voluptuous, rounded, soft and sexy fruit slinks across the palate with incredible seamlessness and expression. Make no mistake, it is full-bodied and decadently powerful, but with a myriad of aromatic nuances, finishing long, layered and boldly perfumed.

100 points  Robert Parker’s Wine Advocate  – Scarecrow is 100% Cabernet Sauvignon from two acres of old vines planted in 1945 by John Daniel and dry farmed. Very deep garnet-purple colored, the 2016 Cabernet Sauvignon comes sashaying out of the glass with tantalizing notions of violets, lavender, Black Forest cake, mulberries, tobacco leaf and fragrant earth with a core of warm cassis, kirsch, Chinese five spice, rose hip tea and cedar chest. The palate is full-bodied and super concentrated yet possesses great energy with vibrant red and black fruits and loads of mineral accents, framed by very ripe, super fine-grained tannins and fantastic freshness, finishing very long with the most incredible perfume. Hedonistically, undeniably and deliciously perfect. 2,000 cases are to be made, to be released in the spring of 2019.

98 points Robert Parker’s Wine Advocate  – Made from 100% Cabernet Sauvignon, the 2018 Scarecrow is deep garnet-purple in color, slipping slowly, measuredly out of the glass with sensuous notes of blackberry pie, blackcurrant pastilles and Morello cherries, leading to hints of raspberry leaves, oolong tea, cardamom and fragrant earth. Medium to full-bodied, the palate is chock-full of energy, delivering vivacious, mineral-sparked black fruit preserves flavors with a firm, grainy texture and a refreshing lift on the long, long finish. Simply gorgeous! 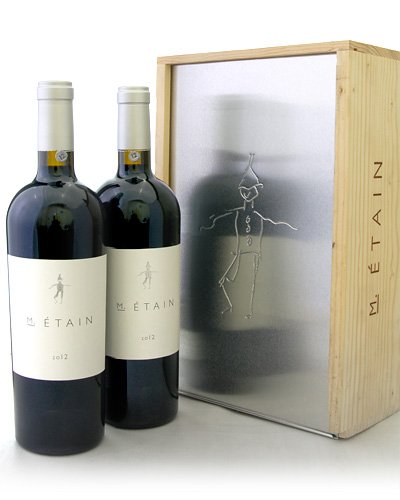 Notes from Robert Parker’s Wine Advocate – The 2012 Cabernet Sauvignon M. Etain is in essence a second wine, but it sure doesn’t taste like one. Its deep purple color is followed by pure black raspberry and blackcurrant fruit, dusty, loamy soil notes, extraordinary depth of fruit, ripeness and good acidity. This opulent, round beauty is ideal for drinking over the next decade or more.

Notes from Robert Parker’s Wine Advocate – The 2013 M. Etain Cabernet Sauvignon, which is hardly a second wine by any means, offers beautiful blackcurrant fruit with some cedar wood/sandalwood notes, an opulent, full-bodied mouthfeel, stunning purity, and that layered texture that is so enticing. The wine has a beautiful opaque purple color, hints of graphite, blueberry and blackberry fruit, a touch of licorice and the soil undertones that some would say are part of the so-called “Rutherford dust” scenario, although that’s debatable. This wine has the sweetness and opulence to be drunk young, but won’t hit its prime for at least another 5-8 years and keep for 20-30.  95 points

Please call the restaurant (310-390-1500)  or send an email to rustickitchenwla@gmail.com to confirm availability and arrange for purchase.  Local purchase only.  pick up or delivery in the SoCal region available.

No Replies to "Scarecrow"